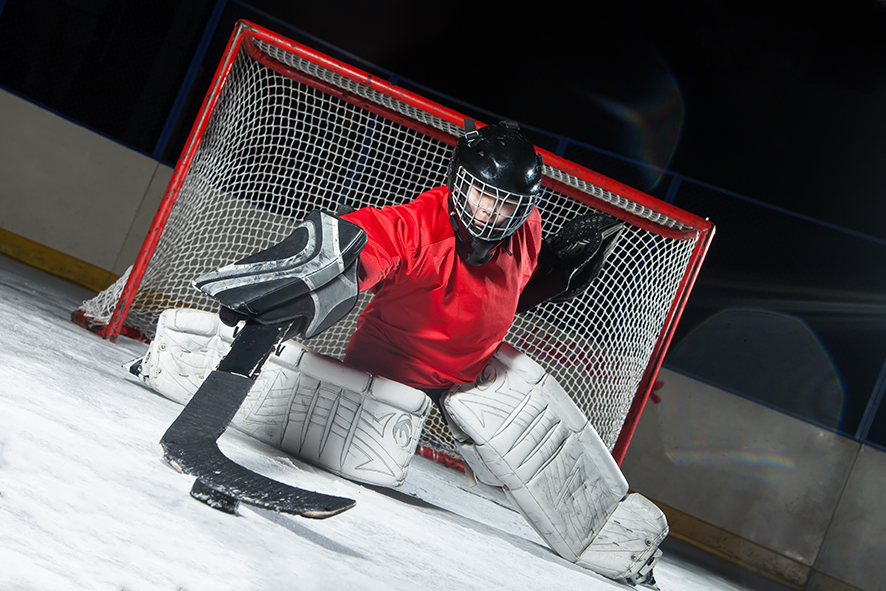 Writing up this blog post posed a little bit of a challenge for me; originally coming from the land of idols like Vlade Divac, Sinisa Mihajlovic, and Novak Djokovic, I can’t say I know much about hockey. And it’s great to see how our diverse demographics in Canada are bringing more sporting options than ever before; however, hockey remains the ultimate Canadian game. After all, fifty-one percent of Canadians know how to skate BACKWARDS*! I mean we are talking about some serious skills right here, alright. It’s the climate we have to thank that learning this skill from an early age comes as a natural thing in this country. Skating on its own just happens to be so essential for having an opportunity of becoming a hockey star. Yes that, plus superb talent and a whole lotta work, work like at the Hockey Development Camps, run by Twist Performance, and available at two of the Wynn Fitness clubs; Richmond Hill and Mississauga. You gotta see these young stars in action, they will blow your mind with their off-ice and on-ice routines, and at the end, watch out for the real game moves at the annual signature event Twist All-Star Game. The video is right here.

Keeping up with training during the off-season is what counts for a lot of success down the road. Our partners at Twist organize these High Performance Hockey Development Camps every spring and summer and what sets them apart from camps alike are their coaches first and foremost. All Twist coaches are highly educated in exercise, physiology, and fitness, and there is never going to be more than eight athletes per one coach during any session. There is a lot to be said about the Twist off-ice programs which move through phases progressively starting with foundational strength and movements, and over the course of several weeks, they switch to strength and explosive power. With individual corrective exercises, training focuses on all aspects of development; mobility, stability, core strength, speed, agility, power endurance. 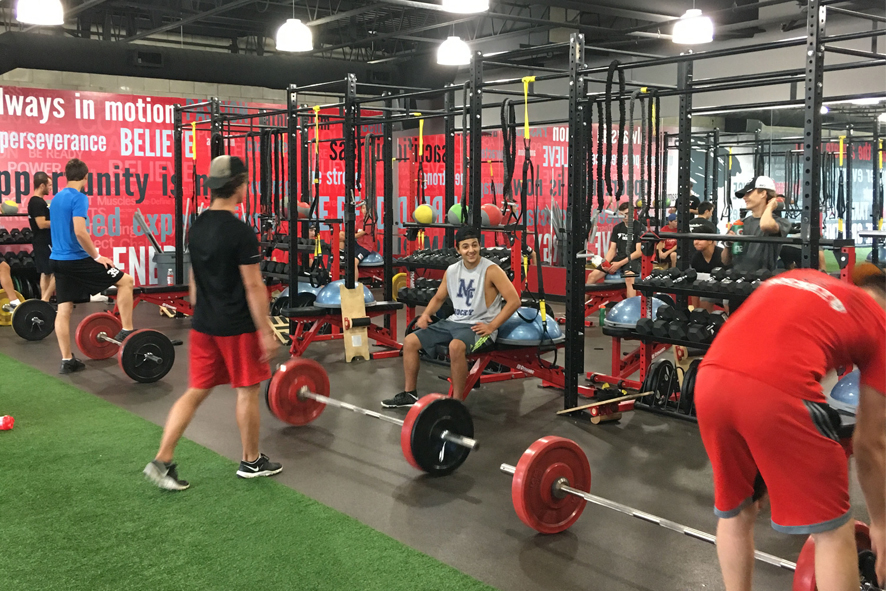 Twist functional areas in both our clubs are specifically designed to accommodate a variety of such programs, and I’ve noticed that the hockey camp goers really enjoy the atmosphere, they go above and beyond their limits here, they appreciate being in a group of like-minded comrades. Also, they just LOVE dropping those heavy barbells on the floor letting the loud sound mark their proud moment of how much they’ve advanced. There is another video from our Mississauga club, where weightlifting exercises were on the schedule that day, and where I got to learn more about off-ice training from Chris Romaniw, Assistant Director at Twist. Tune in here.

Hot and humid summers that we tend to have here in the GTA make those on-ice training sessions even more appealing; the cooling effect of the indoor ice rink can certainly refresh the body but also sharpen the mind to stay focused on that hockey dream of a young athlete. “Maybe one day I win the gold for my country,” I imagine these kids would think along those lines. In fact, I am sure they do because they are doing so great already, and while documenting all this for you, I’ve encountered nothing but dedication, genuine work, and true passion at Hockey Development Camps. When you combine mindset like that and a big heart, with the professionalism and care of the Twist team, it is no surprise that a lot of the athletes from these camps are being drafted into OHL and NHL, some of them already big hockey idols just like Daniel and Henrik Sedin, Dan Hamhuis, Morgan Rielly, David Jones, Karl Alzner.

On-ice workouts consist of combine testing, individual skating analysis, and mechanical correction. The training also goes deep into power skating, acceleration, edging, change of direction, evasive moves, and essential skills like offensive maneuvers, passing, shooting, puck protection and stick handling. As a cherry on top, after all those drills and hard work during the off-season, the best have the opportunity to play in the big Twist All-Star Game. In their top form, hungry to play more games, by the end of the summer, these young hockey stars are more than ready to start off their season. 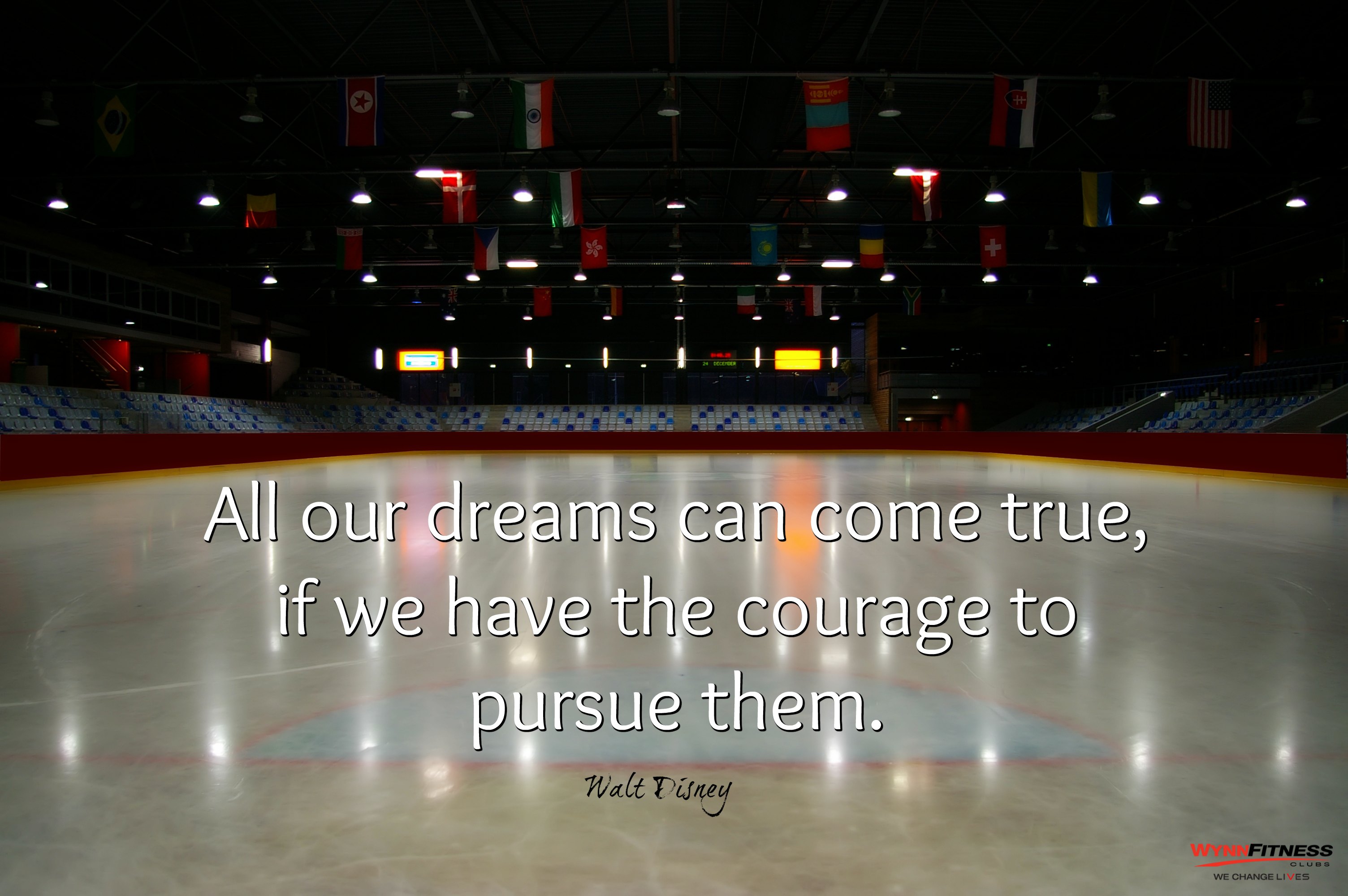 The land of Sidney Crosby

When I first came to Canada over a decade ago, during that initial year of getting acclimatized to my new life here, I was invited to see a hockey game. My friend originally from Montreal had extra tickets for a big event; Toronto Maple Leafs vs. Montreal Canadiens, here in Toronto. The bunch of us went to see the game, split allegiances in our little group, but that didn’t prevent us from having a good time. It was my first time at a hockey game and most probably the first one ever that I’ve seen from start to finish. All I remember is being very cold and getting increasingly frustrated because everything was happening so darn fast that I couldn’t see where that puck was moving from one second to the next, let alone understanding when somebody actually scores. If folks around me didn’t scream, I’d be clueless about which team scored the most and who won the game. Okay, partially it can be blamed on my tick prescription glasses (so I just turned to TV transmissions after this), but, it would be utterly unfair to anyone ever played hockey, to not mention what masterful skills and fitness level one has to have to be in this sport. Here at Wynn Fitness Clubs, I got to see it all up close and witness how Canada remains the hockey country.

From that first experience to setting up my alarm clock and waking up in the wee hour to cheer for Canada team in Sochi, I can now proudly say that I am also coming from the land of Sidney Crosby.