The best core exercises are often not the most common ones people think about. When we think of training the core, or your abs, you might instinctually think of crunches, sit ups, or the TERRIBLE russian twist – all of which are not the best core training exercises. In fact, they don’t even train the core effectively at all, and they raise your risk of injury substantially.

The best core exercises are actually ones that don’t involve much movement throughout the torso or spine. Why? Because the core muscles are designed to prevent and resist movement through the spine. They’re meant to stabilize your spine during movement, in order to prevent injury.

We’ve gone over what the core is, and what it isn’t, in detail in past blog posts. – which you can read about here. So we won’t be giving into that too much in this blog, but what you need to know is …

With that being said, I’m sure you’re thinking of some exercises that sound like they would be great core exercises – like the plank, side plank, or bird dog. And you’re right! Those are GREAT core exercises, however they’re just a start. If you want to truly develop a strong and stable core, that will help improve your athleticism and help mitigate injury, you’ll want to begin adding some variation to your core training. Ideally, we should begin to move you to a more upright position so you can begin to train your core musculature while you stand.

Today, we’ll be looking at some of the best core exercises you’re not doing. These exercises are great to progress towards, once you’re strong and experienced enough with the basics – such as the bird dog, plank, dead bug, and side plank. They’ll help you train the core to a high degree, from the standing position, in order to make you move with greater strength and ease in every life as well as athletic endeavours. 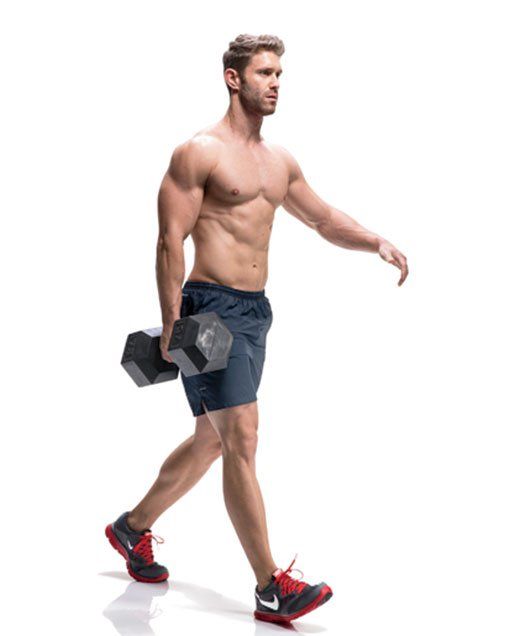 The suitcase carry is simple, pick up a moderate weight, hold it at arms length at your side, and walk. Well … it sounds simple. The key is to walk slowly and robotically (think The Terminator) while keeping the core stiff, posture tall, all while resisting any movement in the pelvis and ribs. If done correctly, this exercise will challenge the lateral line (side of the body) and help train the core to resist flexion to the side, as well as train the pelvis to remain stabile during lifts and running/walking. Start with a moderate to lighter weight, move slowly and quietly, focus on the quality of your movement and not speed. This is also a fantastic exercise for hip stability and has been linked to improvements in lateral cutting in sports. 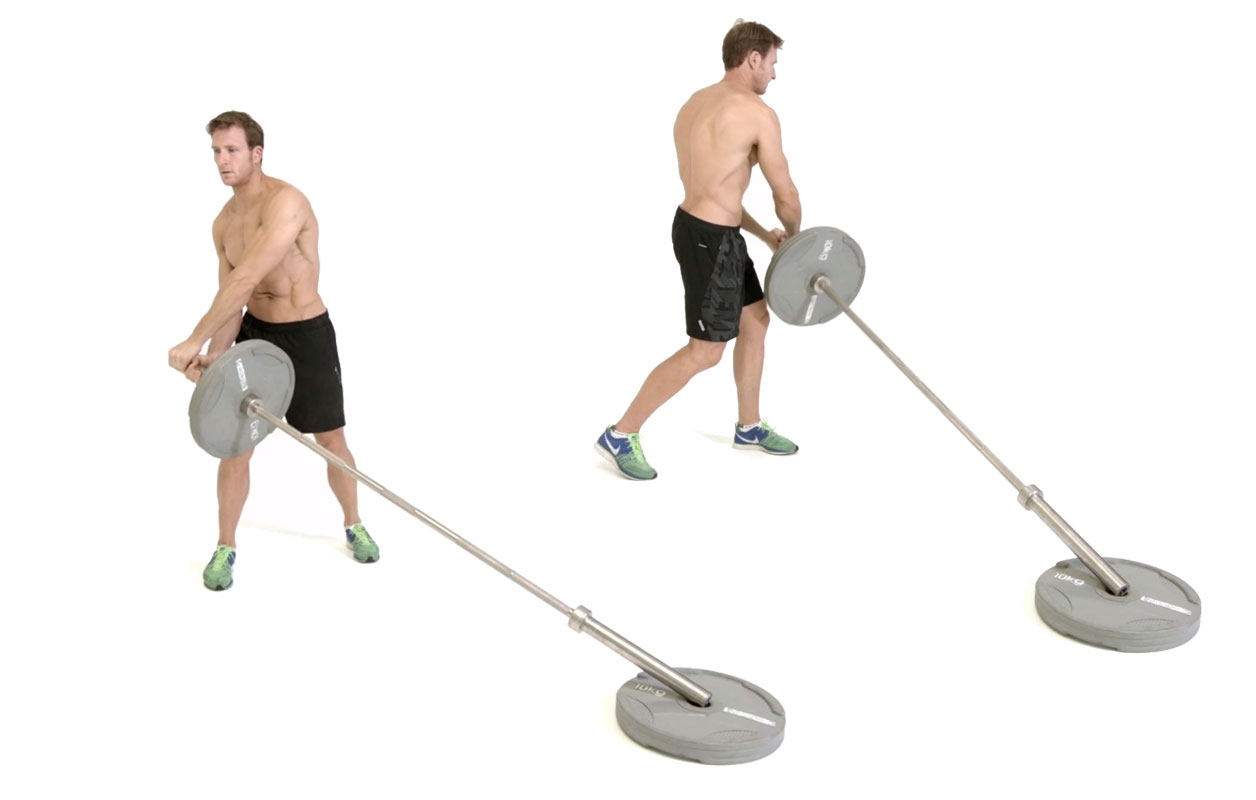 Landmine rotations are all about your hips! They train the core to resist rotation, while allowing the hips to rotate and perform the movement. This is essential if you want to generate power and speed during rotation, while avoiding stressing the spine. Place the olympic bar into a landmine sleeve, or the corner of a wall. Hold on to the other end of the bar with both hands, hand over hand like a pistol grip. If you’re new to the exercise you can keep your hands close to your chest, as you progress you can push the bar away from you by straightening the arms as shown in the photo. Get tall, stiffen your core, shoulders packed down. Weight is on the balls of the feet. Rotate by opening the hips to one side, and keep the torso stiff and allow it to follow along with the hips. The pelvis and shoulders should remain square and in line with each other the whole time. Once you’ve rotated to one side fully, open the hip to the other direction and begin rotating to the other side. 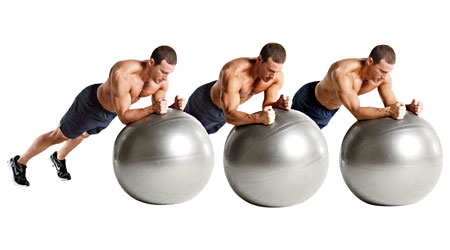 The stir the pot exercise takes the plank, and turns it up! To perform it, grab a stability ball that’s suitable for your height. Perform a plank on the ball while maintaining core engagement and a long spine, and begin creating circles with your elbows … as if you’re stirring a big pot with both fists. The goal is to not allow the hips or torso to twist or move in any way at all. The only movement should be the arms as they “stir the pot”. This exercise fights extension in the core, while resisting rotation and making the plank more dynamic. Make sure you “stir the pot” in both directions in order to balance things out.